24.05.2016
Take part in action days of solidarity with “The Crimean Hostages”
Oleg Sentsov, Olexander Kolchenko, Hennadiy Afanasiev and Oleksiy Chyrniy have been held in Russian jails for two years already under fabricated charges of ‘terrorism’. We consider it being necessary to express solidarity with those who are persecuted due to their pro-Ukrainian views, civic stand and desire for freedom in Russia-annexed Crimea.
07.02.2015
Human Rights in Armenia 2014 Report
Helsinki Committee of Armenia has published “Human Rights in Armenia 2014” Annual Report. The report reflects on the Right to Freedom of Speech, Freedom of Peaceful Assembly and Association, Torture, Inhuman or Degrading Treatment, Political Persecutions, Freedom of Conscience and Religion, The Rights of the Child, Protection of Labor Rights.
03.02.2015
Crimea Is Clamping Down on Human Rights
«We have a few questions for you,» a border guard told Sinaver Kadyrov, a Crimean Tatar activist, at the Armyansk checkpoint in northern Crimea on Jan. 23. Kadyrov was on his way to Kherson, in southern Ukraine, to fly to Turkey for medical treatment. It was the beginning of an ordeal that ended with a local court expelling him from Crimea, his home of almost 25 years.
END_OF_DOCUMENT_TOKEN_TO_BE_REPLACED

In Memory of Yury Markovich Schmidt 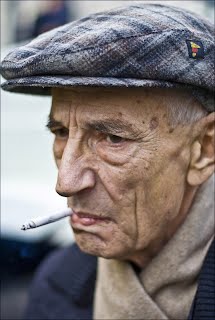 Svetlana Gannushkina: Yury Markovich Schmidt – our friend, colleague and defender – has passed away. We cannot say that his passing was unexpected: we all knew how seriously ill he was and how terribly he suffered. But this knowledge offers no comfort or preparation for the shocking blow of realising that something is gone and will never return...

Much will be said of Yury Schmidt’s great deeds and works, and people are naturally already talking about the Khodorkovsky case, where his role went far beyond direct legal work to something much broader.

Yury assembled and led a team of brilliant lawyers but also found time for public discourse,simply and clearly laying out the full absurdity of the charges brought against his client.

Thanks to Schmidt's efforts, the political and personal undercurrent of the Khodorkovsky – Lebedev case is no longer in question.

But how many people know that Yury was the first to defend the most vulnerable and most unwanted people in the new Russia – refugees from Afghanistan?

In the early post-soviet years Russians still recognised to some extent their responsibility for the fate of their fellows left outside the borders of their homeland when it had been ripped out from beneath their feet in an instant. However, no one wanted to answer for the fate of the victims of the Soviet invasion of Afghanistan.

After the fall of the Najibullah regime, tens of thousands of Afghans located in Russian territory lost their chance to return, but even the two thousand orphans raised and educated in Russia were given no legal status by our country. The recently formed Federal Migration Service refused to help them.

The first lawyer to defend these Afghans was Yury Schmidt. His speeches at hearings to appeal the refusals of the FMS were definitive in the field of asylum rights. He was the first person to create a practice for defending the interests of those seeking asylum, which was still in its infancy.

Once again Schmidt's role was not limited to the legal defence of his clients' interests: Yury took part in seminars, roundtables and conferences on asylum issues.

He taught us all so much and we are deeply grateful to him for this, although we regret that the frequently changing officials of the migration service have not similarly taken his lessons on board.

His arguments were always based on precise and transparent legal logic but simultaneously filled with humour and biting sarcasm. They served as direct evidence that there is no such thing as special "legal" language, only the wonderfully vivid Russian spoken by this outstanding lawyer.

Yury has left us, but his passing does not signal the end of his influence on our legal practice, on the development of law in Russia, and on our lives. His lessons and his students remain.

His students continue to tackle asylum issues and defend victims of hate crimes.

They are honourable and highly professional, like their teacher. They are capable of approaching the law not as a frozen corpus of rules but as a living organism, and they understand that the code of laws and the law are two completely different things.

We will all remember these lessons from Yury Markovich Schmidt and will remember the man himself and his help and support at various difficult times in our lives.

I cannot finish this text with the musical motif sounding within me, but I can write down a few lines that came to mind on this sad morning.

And all the flowers that grow under the heavens, Began to flourish – to meet the coming death. But suddenly it was silent on the planet that bears the humble name... The Earth

(Anna Akhmatova on the death of Boris Pasternak)